The Bet on Radicals in the Anti-Ukrainian Rhetoric of Kremlin

The “Fascist Ukraine” as a permanent trait of Russian propaganda 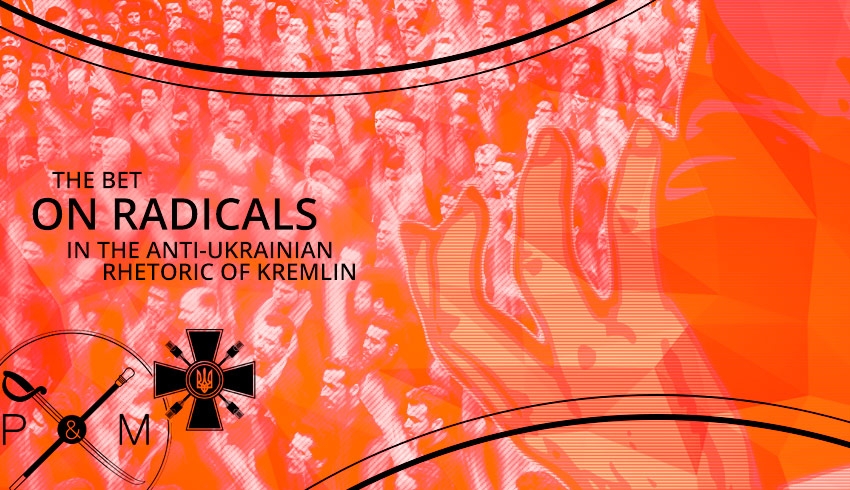 When the armed conflict started in Ukraine, the Russian propaganda attained a plain unbelievable proportions.

A campaign of Russian disinformation, according to which Ukraine fell under control of Nazis or fascists, didn’t even try to rely on some real facts. Up to this day Moscow media paints it as if a small number of ultra-right and fascist radicals from Western Ukraine raised an armed revolt in Kyiv. The scope of fakes and provocations is wide — from the supposed prohibition of Russian language up to the concentration cmaps for Russians on the East of Ukraine.

How Russian Media Paints Ukraine for an Enemy

We know that Russian media is first and foremost an instrument of propaganda, directed to the incitement of hatred and justification of aggressive policy of Russian government. And that concerns Ukraine the most.

According to the survey staged by Ukrainian Crisis Media Center with the support of German Marshall Fund, up to 30% of all information broadcasted in the news programs of Russian media in 2014-2017 was about Ukraine. Up to 90% of these stories had a negative connotation. The basic principle of Russian propaganda researchers consider to be creating of particular negative image of Ukraine, which is later complimented with selected facts or events, which supposed to support the image.

Researchers point out some key narratives which comprise to 90% of all negative mentions of Ukraine: “The events of winter 2014 in Kyiv are the illegitimate armed coup”, “Nationalists in Ukraine are above the law and oppress the peaceful supporters of Russia”, “There is a civil war in Ukraine”, “Ukrainian army kills kill peaceful civilians”, “Kyiv government intentionally disrupts the ceasefire and Minsk process, while Russia is not a side of a conflict”, “Ukraine is failed state, it has illegitimate government, its economic is shattering, it is dangerous to live in the country”, “Crimea always was Russian”, “Ukraine is oppressing ethnic Russians, those who speak Russian, and dissidents”, “Russia helps Donbass”, “Fascists and radicals destroy Ukraine”, “A change of power in Ukraine was staged by the West”, “Sanctions only harm to Europe and USA”, “Ukraine performs an attack against the freedom of speech”, “Ukraine is simply a part of Russia”.

What is the Nationalist Movement in Ukraine

Today the nationalist movement in Ukraine is represented with three main powers: “National Corps”, “Svoboda” (“Freedom”) and “Right Sector”. At the start of Ukraine-Russian war a power quite attractive to many stepped into the front — the “Right Sector”, formed by a few different ultra-right organizations. The Russian propaganda played its role in popularizing the “Right Sector”, scaring the citizens of South and East of Ukraine 24/7 with a terrible Right Sector militants, which will come to kill all those who speak Russian. The members of Right Sector indeed joined the fight with separatists, forming a semi-autonomous “Ukraine Volunteer Corps”, a members of which was even protecting the Donetsk airport. At the same time the members of Right Sector hosted an improvised de-communization and lustration of the officials of previous government across the whole country, but the failed to occupy any notable position on the political map of Ukraine. Their former leader Dmytro Yarosh didn’t get even one percent of voices on the presidential elections. A split of “Right Sector”, when part of the members left the organization following Dmytro Yarosh, didn’t make things any better.

Though more and more popular in the eyes of the laymen, and first of all in the eyes of the youngsters, was getting the Azov battalion, headed by Andriy Biletsky, a former leader of “Ukrainian Patriot” — an ultra-right organization which split from “Svoboda” party in 2004. Thanks to their uncompromising patriotic rhetoric, and impressive appearance and an active participation in the fight against separatists, members of Azov started to increase in number, welcoming not just the ultra-right public, say, football fans, but also some apolitical patriots. Andriy Biletsky became a member of parliament. “Azov” transformed from battalion to a regiment, and started to develop its “civic wing”, which was used as a foundation for the “National Corps” party, created at October 14th 2017. As of now, “National Corps” continues to develop its network in regions, they first and foremost look to young people, basically raising their future members, they also regularly take part in the non-political actions, such as helping the animal shelters, or fighting the illegal alcohol trade.

Among the lesser nationalist organization we should mention UNA-UNSO (Ukrainian National Assembly – Ukrainian People's Self-Defence), “Congress of Ukrainian Nationalists”, OUN (Organization of Ukrainian Nationalists) — split into two parts, under the leadership of Mykola Kokhanivsky and Borhdan Chervak accordingly, and the movement “S14” (“C14” in Ukrainian, a graphic pun on the word “Sich”m as in “:Zaporozhian Sich”). The last one is a youth organization, which in 2014 broke the former tight connections with “Svoboda” party. They engage in different volunteer and educational initiatives, but main “feature” of S14, which gets them a wide covering in media, is capturing and “educating” of assorted separatists and pro-Russian activists.

Ukrainian nationalists traditionally support the right wind ideas, such as strong state, a protection of “traditional values”, rights and the interests of “title nation”, often in the spiritual sense. An attitude of nationalists to European integration is of interest. The European Union integration itself is not mentioned among the goals by any one of the top right political powers, as European values, multiculturalism in particular, according to them contradict to Ukrainian values. “National Corps” calls for “not to join the Brussels bureaucracy”, while the “Right Sector” considers that joining EU would lead Ukraine to a “complete neo-colonial enslavement and degradation of nation”. “Svoboda” doesn’t have such tough formulations, and the party doesn’t even reject the possible joining NATO, but only on the “terms which would be beneficial to Ukraine”. Though, Ukrainian nationalist prefer to not discuss the geopolitical, and even economic topics at all.

All in all, Ukrainian nationalists like to use the methods of “direct actions” when fighting their opponents or fighting for their ideas — like blockading of Russian embassy, or trashing the Russian banks or the office of Viktor Medvedchuk, the disruption of presentation or a public lecture, “punishing” the well-known separatist who is walking the Kyiv streets freely.

At the same time many Ukrainians have much doubts in the actions of nationalists on the home front. They are regular figurants of assorted scandals and resonant news stories, where come both as instigators and victims, or even both at once.

The Conclusion and the Prognoses

Kremlin media started to actively call Ukrainians to be fascists back in 2004. Since then, the topic of “fiscist Ukraine” is the permanent trait of Russian propaganda, which became a cornerstone of Kremlin’s efforts on defamation the EuroMaydan protests and justification of Russian intervention in Crimea and on the east of Ukraine. Moscow tries to paint the movement for Ukrainian independence in a way, virtually indistinguishable from Nazism.

Nor the failure of ultra-right political parties of Ukraine on the elections held after EuroMaydan, nor the wide specter of different ethics on the high level government positions in Ukraine were not enough to refute these allegations.

So why the Kremlin is so fixated on these phantom fascists? Well, the Russian powers simply have no other explanations for its people why they lost yet another friend and ally.

In the fight of “soft power” — in the fight of ideas which are defining the international domination today, Russia is virtually unarmed. It doesn’t have a sensible ideology to contrast the relative freedom and rights democratic countries enjoy.

In addition, playing the “fascist” Ukrainian card and calling upon the Soviet mythology of the World War II, Kremlin tries to divert the attention of the home audience from the catastrophic state of Russian economics.

Accentuating the attention on the imaginary participation of national liberation movements of Ukraine on the side of Nazi Germany covers the shortcoming of modern Russia and also outshines the Soviet crimes against humanity. To be compassionate to the Ukrainian “fascist” means to insult the memory of those who gave their lives to defeat Hitler — that's how the image of Ukrainian nationalist presented in Russia today. This hardly rational argumentation is emotionally dangerous, when backed up with all the power of Kremlin media machine. In the result, Russian society apparently is doomed to be possessed with phantom “fascists”, while the country simply cannot compete with the modern world.

The information war is just as important part of the fight for unity and independence of Ukraine, as combat actions. And it’s hard to say which of two is more effective. Perhaps diverting of some resources spent on war for the fight against Russian propaganda might be more effective to save the lives of Ukrainian soldiers than a direct investment in weaponry.

Effective opposing to Russian propaganda on Donbass can lower the influx of new combatants to separatists, and also prevent aggressor of possibility of dragging the people from other regions of southern and eastern Ukraine into the confrontation. And if one would be successful in exposing the myths which Russian population believes in, and to lower the appreciation rating of Vladimir Putin, that would seriously hamper the Russian Federation capacity of escalation of military actions.

Whatever divides us, whatever prevents all patriotic forces of Ukraine from joining, should be put aside. Now is not the time for searching and emphasizing on the disagreements.

All Ukrainian nationalists should refrain from any actions or statements which may divide Ukrainian patriots, or which may be perceived by the citizens of the country in ambiguous and mixed ways.

Now the cornerstone must be not what the proponents of parties would think of its actions, but the fact that Ukraine is in the state of informational war with Russia de facto invading our territory.

And one should not help to Russian propaganda to paint off Ukrainian nationalists as fascists and Nazi. They can do it without our help. 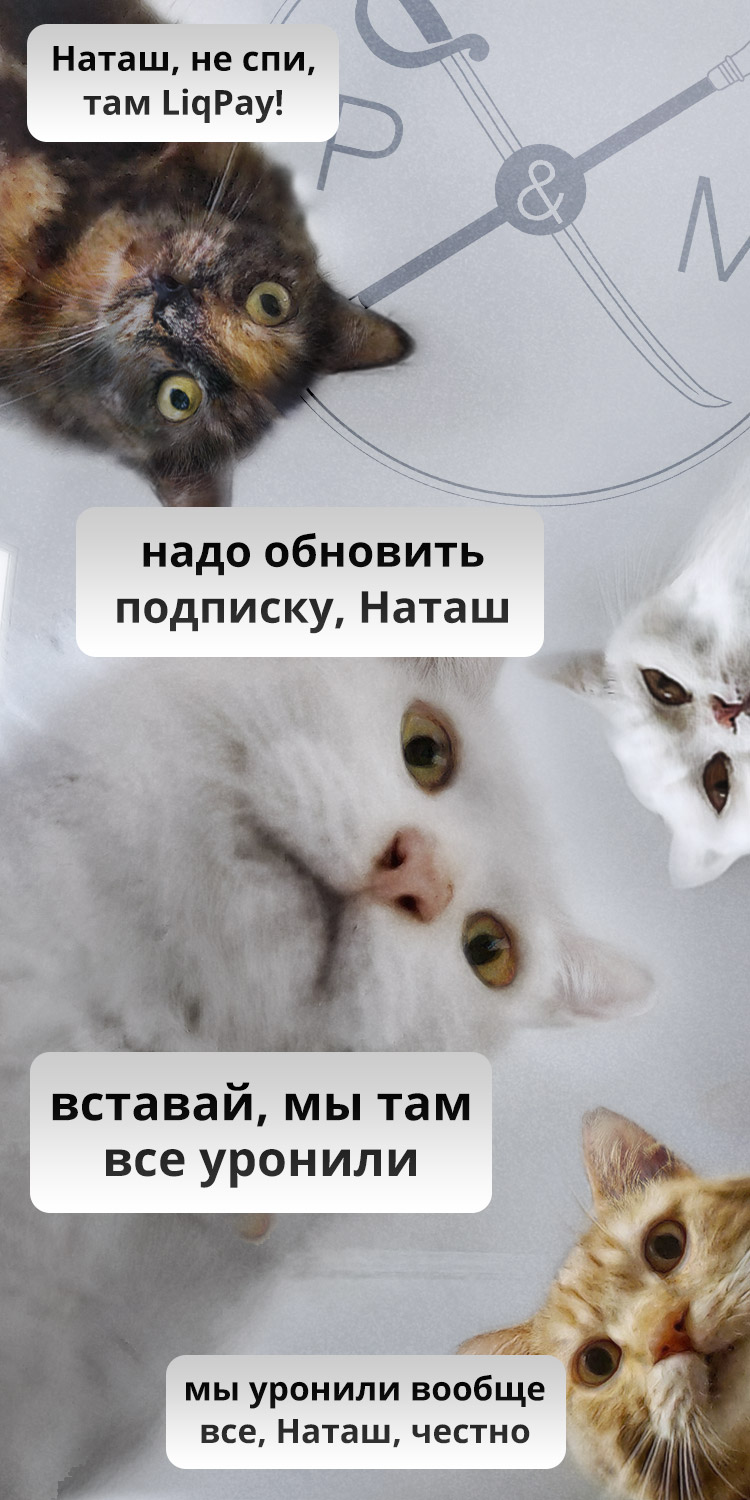